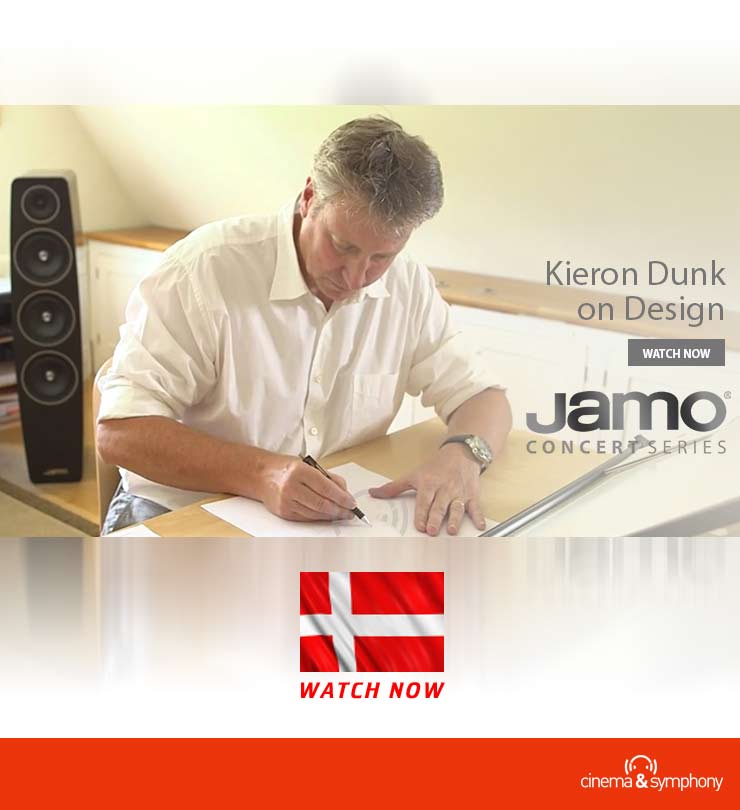 As good as it gets.

With the development of the R900 speakers, Jamo set new standards for performance in the high-end speaker category.

On the other hand, dipolar speakers have been previously known for lacking the ability to produce the characteristic physical bass thump that you can feel, because many of the earlier versions of dipolar speakers were based on electrostatic principles. To solve this problem we have used electro-dynamic drive units instead of electrostatic and fitted theR900 speakers with special large bass drive units featuring an oversized membrane area.

The low-frequency-roll-off normally associated with dipole speakers is compensated by massive components in the crossover network of the R900 speakers. The result is amazing. Ultimate Audio. The construction principles of the amazing R909 were also used in the slightly smaller R907 loudspeaker. The Jamo Reference Series is not designed for a mass-market audience. It is for those who demand an absolutely peak performance stereo speaker. It has been created for the increasing number of people who prefer a two-channel solution when listening to their favourite music, because of its ability to deliver an exceptional, refined sound experience. The Reference Series is dedicated to the discerning listener who will settle for nothing less than true state of the art re-creation of the musical event.

Catering to a wide range of musical tastes, personal preferences and budgets, the line-up of Jamo’s traditional loudspeakers includes the Concert series and Studio series. Jamo Concert is a series of top of the line stereo and surround with the aim of recreating the perfect concert experience nothing more, nothing less. Regardless of its size, every speaker in the series is represented by the capital C as in Concert. The sculptural C800 speakers, with their high level of finish and perfectly balanced sound, are a tribute to the great music and film experiences that we all love and that give us such pleasure. The speakers in the C800 and C600 series share a number of attributes: they feature tweeters with DTT and WaveGuide, as well as woofers and midrange units using Hard Conical Cone and Centre-Plug technology. All floor-standing speakers in the Concert series feature bi-wiring, allowing you to fine-tune the sound in perfect harmony with your room.

One of Australia’s best-selling speaker systems, Jamo S606, is one of the many speaker systems available in the Jamo Studio series. This amazing value-for-money, but high performance range reflects the designs and technologies from the premium Concert series. Listening to your latest music or enjoy a movie blockbuster with Jamo Studio.

Creating a unique sound experience in a home is about getting the sound and the aesthetics right. The A series from Jamo focuses on elegant designs, yet offer full and rich audio performance, whether you choose to use them for surround sound or as stereo speakers. These speaker solutions have been designed to match both contemporary decor and your flat-screen TV. With remarkably low cabinet profiles, they can be either mounted on the wall or in some cases placed on a shelf, table stand or floor-stand.

Don’t want to see box speakers at all? Experience almost invisible Home Entertainment with Jamo’s extensive range of Flushmount and paintable in-ceiling and in-wall speakers. Offering options for Home Theatre and general music listening, all of the speakers in this series are developed using the same uncompromising philosophy as in any other Jamo speaker. This applies all the way from the flagship Custom 800 series to the premium Custom 600 series, down to the Custom 400 series and Architectural models.

So, if you’re looking for high quality sound reproduction and you want either a complete or partial in-wall or in-ceiling solution, the extensive Jamo Flush-mount range has the answers. Most models feature an impedance switch (4 or 8 Ohm), as well as 3-position tweeter level adjustment, so they can easily integrate with other sound systems, sound requirements and surroundings. The LCR models feature an ingenious internal design, angling the critical high and mid frequencies towards the listening position. In-wall models in the 400 and 600 series are equipped with SoundAngle technology, enabling more flexible placement on the wall without compromising sonic accuracy.

The THX seal of approval has represented the gold standard in professional and home cinema installations since the early 1990’s when legendary director George Lucas set down a set of stringent requirements that audio equipment must live up to in order to earn certification.

Taking up the challenge of surpassing the acclaimed THX approved Jamo D7 system was no mean feat, but Jamo D600 exceeds the latest, revised THX Ultra2 standards in every respect, earning the highest accolade for any surround system. Jamo D500 is perfect for smaller rooms requiring a little less SPL (sound pressure level).

The difference is in the deep

A subwoofer must be able to handle extreme power demands and peak loads. Designing a serious subwoofer is a time-consuming and complicated task, involving expensive materials and skilled engineers. By designing a dedicated line of audiophile, high-quality subwoofers, Jamo wants to demonstrate the difference a real subwoofer can make to your sound experience. Our goal is to develop subwoofers that really fill out the wall of sound.